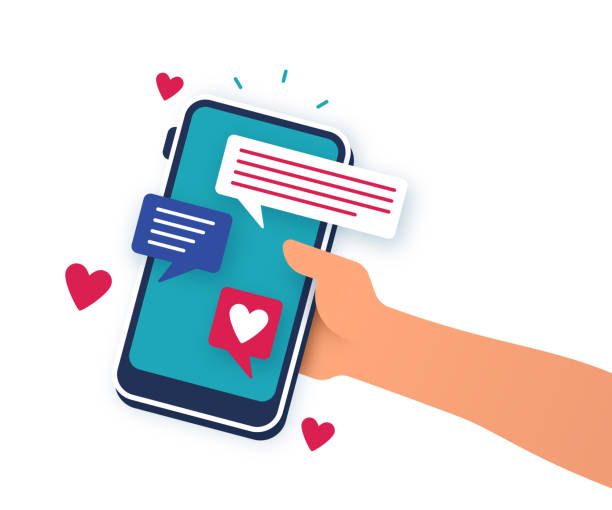 In 2025, it's expected that the SMS marketing space will experience a compound annual growth rate (CAGR) of 20.3%.

That statistic is especially impressive when considering how the market was already valued at $3.5 billion in 2018.

There are many reasons for such monumental growth. From reduced paper costs to the fact that customers are very responsive to text marketing, this method is a proven difference-maker in generating interest and revenue.

Yet, with all that said, it wasn't such a long time ago where text message marketing didn’t exist. After all, texting itself has only been around for a few decades. Relative to how slow technology evolved beforehand, this time span is incredibly brief for such a rise to prominence.

By examining the history of text and SMS marketing, the reason for its world-altering impact will become crystal clear.

First and foremost, it's essential to clarify that SMS and text messaging will be used interchangeably, as they're virtually the same thing.

There is a distinguishing factor between the two terms, in that all SMS messages are texts but not vice versa.

The acronym stands for short message service—a name reinforced by the 160-character limit in these texts. Within one SMS can be words, links, clickable phone numbers, and emojis.

It's then worth noting there are also MMS (multimedia messaging services) messages. These can possess images, gifs, videos, and audio files. Furthermore, there's a 5,000-character limit.

Regardless of their differences, both MMS and SMS make valuable marketing and communicative tools from brands to their target consumers.

Now, it's time to jump into the time machine and learn the story of how text messaging and marketing combined the best team since Batman and Robin.

On the day mentioned above, the Greek oil tanker ‘the Aegean Sea,’ carrying 80,000 tons of crude oil, ran into a storm and spilled much of its cargo. Also, the UN Security Council unanimously voted unanimous for the US to enter Somalia.

Both of those stories likely would've taken up the headlines at the time. However, the most culturally relevant moment that occurred wasn’t something that received much notice at all.

This December day in 1992 saw the first-ever text message get sent by a 22-year-old British engineer named Neil Papworth. The SMS was sent to Richard Jarvis, a Vodafone Director.

It was sent from Papworth's computer to Jarvis's cell phone—with the recipient unable to respond. After all, his Orbitel 901 mobile phone – in all its clunky glory – lacked a qwerty keyboard.

Born and raised in the UK, Neil Papworth left school at 16 to earn his Ordinary National Diploma (OND) in computer studies. He took up a unique extracurricular during this time, developing his expertise in dial-up bulletin board systems—social media's predecessor.

Papworth received his Computer Sciences Higher National Diploma (HND) in 1991, before joining Sema Telecoms' graduate program. It was during this time when SMS messaging had its seeds planted. Still, such texts could only be received by devices, not sent.

At this point, Sema Telecoms was attempting to build a comprehensive text messaging system for Vodafone, with Papworth specifically focused on SMS.

Vodafone's reason for this? A mere matter of functionality. They wanted their secretaries to send text messages to directors and technicians instead of calling on the phone.

Rounding Out the 90s

With the backstory of SMS's invention summarized, it's time to move forward in time.

As 1992 ended, SMS text messages could be sent and received on mobile phones. Unlike today, they could only be shared by people on the same network (e.g., AT&T, Verizon, T-Mobile).

Traveling forward to 1993 brings this tale to Nokia's introduction of a critical SMS innovation: the 'incoming message' feature conveyed by a ‘beep.’

Then, in 1994, 'Simon' was launched by IBM. This innovation was a mobile phone boasting a touchscreen.

Funnily enough, Papworth could only afford his own mobile phone by 1995—undoubtedly, a symbol of the times. During this year, he set up Vodafone's texting service before developing texting systems across the globe.

Another 1995 milestone was the launching of the Tegic (T9) system. It was the first usage of predictive text functionality.

In 1997, amid this bustling evolution, the first qwerty keyboard was introduced when Nokia announced its 9000i Communicator.

With the 160-character limit came users who intended to find ways to tinker with and maximize the system. Thus, text language, known as 'txt spk,' was invented to shorten words. This development resulted in LOL, ROFL, TBH, etc., slowly becoming commonplace.

Furthermore, emoticons (keyboard-generated characters, such as 😊 and 🙁 were used to add context to SMS messages. These served as the inspiration for the first official emojis.

Text messaging finally became more widely available in 1999, 7 years after Papworth sent his first SMS. Smaller phones and affordable contracts helped foster a text-forward culture. Most crucial was that texts could be shared between different networks, eliminating a mitigating hurdle.

At the end of the millennium, text messaging was slowly developing the momentum of a runaway freight train.

Entering the New Millennium: The Birth of Text Marketing

Globally, 250 billion-plus SMS messages had been sent by 2002, showing substantial – if not entirely unprecedented – growth.

Come 2003ish, shortcodes incorporating 5 or 6 digits could be used for SMS marketing.

This massive development led to notable brands such as Pontiac and Nike leveraging the power of SMS marketing.

Moving forward 4 more years to 2007 shows Apple's iPhone being launched in the US—and the world never looked back. Suddenly, a virtual keyboard was incorporated into a mobile phone—the current standard in all smartphone models.

Given the sheer enormity of Apple's innovation, the mass increase in monthly text messaging was almost a foregone conclusion. Soon enough, texting was being used more phone calls, with a whopping 2.4 billion messages sent that year.

There's nothing that says stamp-of-approval like being acknowledged in the dictionary, which happened to 'text' in 2010. It was officially added to a Cambridge edition as a verb (i.e., to send a text message).

Regardless, there's no competition with usage; SMS messaging is still number one by a wide margin. Not only can 5 billion people send and receive such texts, but more than 200,000 are sent per second.

What Can Explain the Rise of the Mobile Phone?

Yes, a staggering number of people use their mobile phones in almost all aspects of their lives. Yet, seldom does anyone think 'why' or 'how' this all came to be.

Nowadays, smartphones have become all-encompassing and ubiquitous. They're exceptionally convenient—which is highlighted by how responsive and seamless text messaging has become. No longer is a drawn-out phone conversation needed—merely the pressed of a few buttons.

Thus, almost everybody in the world has grown reliant on this form of communication. Whether it's touching base with friends, family, or brands, text messaging is here to stay for generations to come.

Are Landlines and Telemarketing Now Obsolete?

People still hold onto the relic known as landlines, but the ‘old-school’ phones become less relevant with each passing day. The very fact these devices require physical wires means their comparatively clunky – and therefore – wholly obsolete in today's convenience-centric world.

Unlike generations past, homeowners are no longer bothering to install landlines. Instead, they're relying on their mobile device as their primary source for inbound and outbound communications.

As such, telemarketing is less relevant than ever. People can see who's calling them and are likely to ignore the call.

Whereas text marketing is far less invasive and disruptive.

But how do brands utilize text message marketing?

Generally, they obtain their own 5-to-6-digit number. It's referred to as a short code, and it's used to text customers. The reason for this tactic is that these less number-dense sequences are easier to remember than 10-digit phone numbers.

The Advent of Text Marketing

This blog's introduction discussed how substantially SMS/text marketing has grown and will continue to flourish.

Brands are using text-based techniques to foster engagement with customers and subscribers. There's the ability to offer incentives when people opt-in to campaigns, helping cultivate a sizable marketing list. Thus, more people will receive notifications about specials or receive coupons/vouchers.

Really, the possibilities are endless with text marketing. Even those entirely new to it have the benefit of trial and error to figure out what works.

Of course, businesses benefit most by using the best available technology, platforms, and marketing experts.

At Bipath, we’re passionate about providing businesses with the tools they need to scale and improve their existing business technology. We offer CRM, sales automation, contact center, omni-channel messaging, and calling software (including call tracking software) for organizations.

If you’re in need of the right tools and services that will boost your sales, kick up your marketing, and support your workflows, Bipath is ready to help.

Ready to change the way your business communicates with customers? Get in touch with Bipath today to learn more about how Contact Cloud (The Only All-in-One Call Tracking & Call Center Solution) can take your marketing and customer experience to the next level.